It’s those little things that brighten up our days.

To help you plan for this jolly season we created a list of holidays to include in your marketing strategy.

Hanukkah is a Jewish holiday also known as Festival of Lights.

According to Pew Research Center; there are two categories of Jews in the United States, those who identify themselves as Jew by religion and Jews of no religion. The Jewish population in the Americas is estimated at 6,469,500 in 2016 (World Jewish Population, 2016–Berman Jewish DataBank).

The United States has the second largest Jewish community in the world, after Israel (6,336,400). National Pearl Harbor Remembrance takes place on December 7th as a tribute to the US citizens that were killed by Japanese surprise attack. This day will forever live in American history as a beginning to the second World War and tribute to lives that were lost on that day.

Include designs that appeal to military servicemen, women, and civilians to honor the tragedy on December 7th, 1941.

Include words like; remembering, forgiving, honoring and never forgetting. This day is a perfect opportunity to unleash the chocolate cover beast.

Food-related products sell. Food is universal and relatable. It’s a way to connect over a good brunch with family and friends.

Can you think about a better conversation starter than food? Let us know in comments below.

Individuals have a strong desire to belong to a community with similar values. Find what’s trending. People will buy a design of food that they see themselves enjoying. Winter Solstice marks the longest night and shortest day of the year for the northern hemisphere.

Both summer and winter solstice are nationally celebrated events in the yoga industry.

During Winter Solstice, Northern hemisphere coincides with the sun’s ingress into earth-sign Capricorn. the sign traditionally aligned with the knees. Christmas Eve is about family. Mix in some funny alcohol designs to satisfy every soul.

Include the traditional designs to appeal to a wider audience. In America, on December 25th adults and their kids wake up early to open presents and enjoy breakfast.

It is a special day that you as a seller, can take an advantage. Leading up tp Christma sell Christmas morning apparel such as pjs.

This specific boxing day has nothing to do with the sport of boxing.

Boxing day is a tradition where servants took leftovers home.

Target deal-shoppers. People hold off on buying gifts in hopes of reduced prices.

Emphasize designs with card language that individuals can wear to their next card meet up.

National Card Playing Day is observed on December 28th across all states. Card games provide hours of entertainment for all ages.

In the United States, Cards Against Humanity is a must-have household essential. 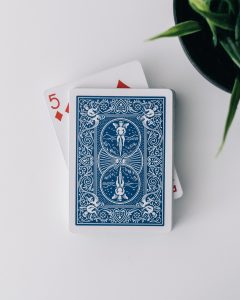 Bacon has been a huge culinary trend for past few years, especially during the years of 2014 and 2015 when bacon was trending.

We practically consume bacon for breakfast, lunch, and dinner. Even with the most recent health findings bacon still remains a popular breakfast choice of the average American. According to weddingwire.com, there are several popular days people get engaged.

Turns out about 40% of engagements occur between Thanksgiving and Valentine’s Day.

December is the most popular month to get engaged.

Christmas Day remains the number one day to pop the question, however, New Year’s Eve isn’t far behind.

Nowadays, social media plays an important role in the engagement. Couples are inviting family and friends to the actual proposal or the after party. Offer some type of engagement merchandise for the ones who want to propose with something little extra.